I’d like to say I could improve this recipe from Ambitious Kitchen , but I can’t. It’s practically perfect in nearly every way.

I didn’t think it was going to work. When I mixed it with the hand mixer it just went everywhere.
So I kneaded it a bit before putting it in the freezer.

Even once it was in the oven after 10 minutes it didn’t look right. But I smushed it down a bit (that’s a technical term) and bung it in the oven for a bit longer.

I thought the sea salt was a touch of genius, but the other half didn’t agree and thought I was mad.
If he wants biscuits without sea salt he can make them himself.
Ok that’s a bit harsh, but don’t mess with genius.

Nutella biscuits to solve all ones problems. 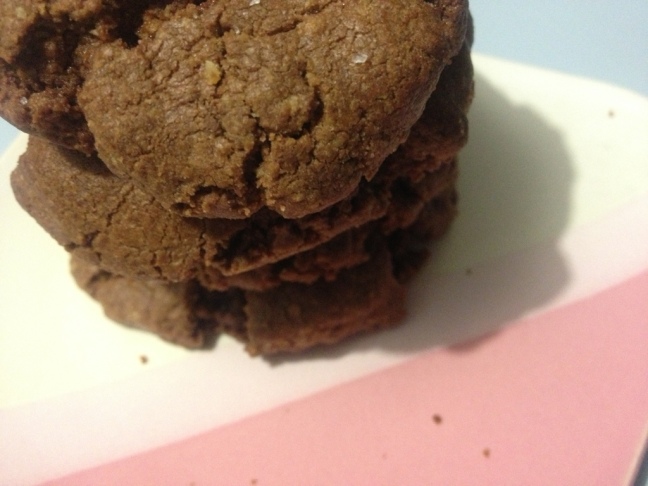 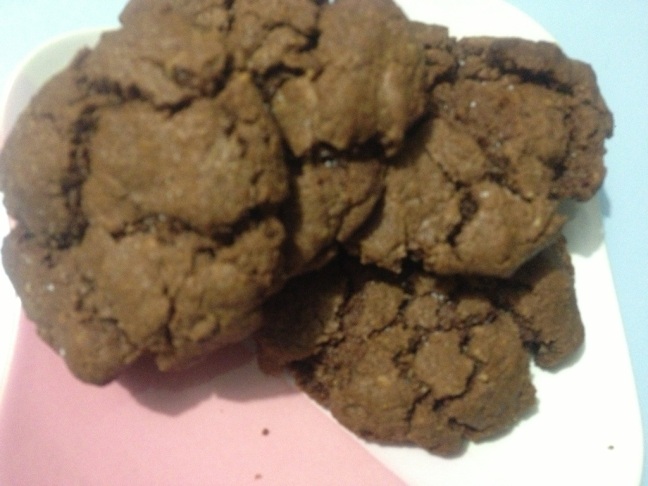