Made with Moda Vera Bouvardia, an acrylic/wool blend.
But what struck me about it was the colours.
I used colourway 104-05
Which cycles through dark purple plums, with turquoise, green, pinks, and olive.

It took me a while to figure out the pattern.
The language ‘one-row lace’ was/is confusing. I had to research it to make sure that it was just the same row repeated when you work back along the line, and there wasn’t some right side / wrong side inverse knit (k1 yo p2tog) that was necessary.
I still think i’ve done it wrong, and maybe I should have done something different on the wrong side. Mine looks a bit different from the pictures.
I also ignored the colour changes which made it a bit difficult to read the pattern (but easier to knit I would imagine).

But the end result is quite beautiful.

I started Thursday night and finished on Monday night, with another project (and some non-knitting time) in there aswell.
It was simple enough to knit, but the multi coloured yarn really makes it something special. 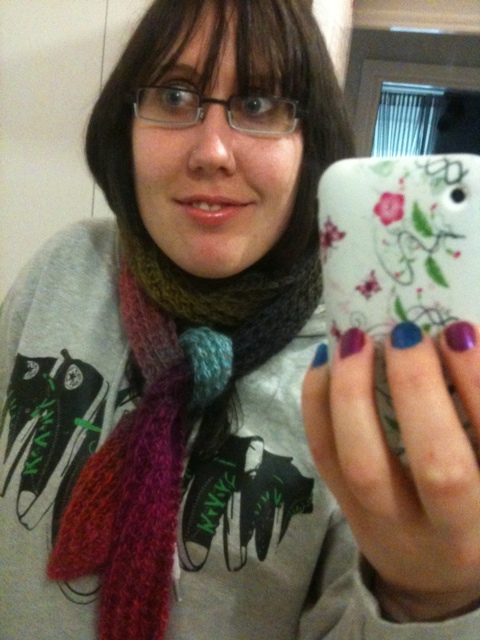 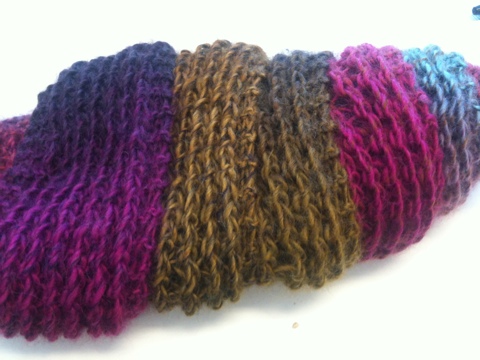