Sundays are a lazy day, mostly. Once all the housework’s out of the way, or procrastinated away, one thing I love to do is spend time reading cooking books and magazines, planning what I could cook for dinner without the rush of the after-work rush.

As I was flicking through, making myself hungry, I asked J if he had any ideas, me said I never make him pasta bake. I argued with “I cooked pasta three times this week” but in his eyes it’s not the same.

So I built a meal around pasta bake.
So tomato pasta bake, cheesy potato and cauliflower, and roast beef was the plan, with a french onion soup to start.
I say it was the plan because it didn’t quite turn out as expected.

The french onion soup (I thought) was pretty good. J thought it had way too many onions in it. I agree, but loving onions I didn’t mind it as much.
The recipe was from a Donna Hay magazine, and was pretty much cook onion and garlic, add white wine and beef stock. Serve.
It was a nice broth, so maybe next time I just take all the onions out of J’s serving and put them in mine.

The cheesy cauliflower and potato was probably the laziest way to make a potato bake or cauliflower cheese. I don’t think it could even come under that category. The potato and cauliflower were boiled for about 3 minutes just so they didn’t have to do all their cooking in the oven. That went into a casserole dish, on top of that went a tin of (low-fat)cream, some mustard powder, grated cheese, salt, and pepper. That went in the oven for an hour.
I could have taken the time to make a decent sauce, but I simply couldn’t be bothered.
When I served it, I just had to take the cauliflower and potato out of the cream. There was rather a lot of it, too much really. But it still tasted good.

The pasta bake I was scared of. Given that it was the only item that J had actually requested I was slightly nervous that it wouldn’t live up to expectations.
So I boiled some penne, and I made a sauce out of a tin of tomatoes, some Worcestershire sauce, some dried chilli flakes, and some water to wash out the tomato tin.
That all went into a lasagne dish, with some cheese grated over the top.
It was probably in there for too long so it was a tad crispy on top.
But that wasn’t the biggest disappointment.

Back it went into the oven for another half an hour.
The little bits that I had chopped off only needed 10 minutes.
So we ate the rest of the meal, and then had some bits of meat.

After half an hour in the oven we took it out, wrapped it in foil and let it rest (as you’re meant to do). After half an hour I thought it just might be cool enough to make into sandwiches.
Lo and behold, it still isn’t cooked!
Back into the oven for another 20 minutes.
This time, sod it! I’m not waiting for it to cool, I’m just hacking into it and checking if it’s cooked.
Chopped it in half, right down the middle.
It looked cooked (J verified my colour deficient opinion).
So it cooled so I could make sandwiches (it was about 9:30 at this point).
20 minutes later it looked slightly less cooked, but probably just a little on the rare side.
Into sandwiches it went.

Note to self – buy a meat thermometer.

So a rather staggered meal, of oniony soup, crispy potato bake, overly creamy potatoes and cauliflower, and undercooked meat which then took another hour.
It was mostly edible. But when a meal is described as edible it’s not generally a good thing. 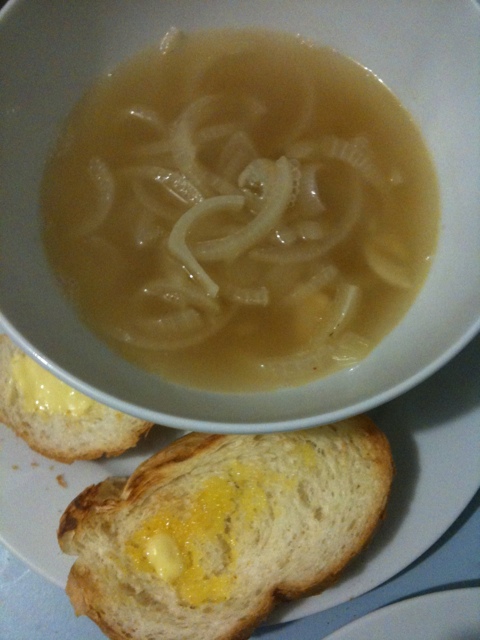 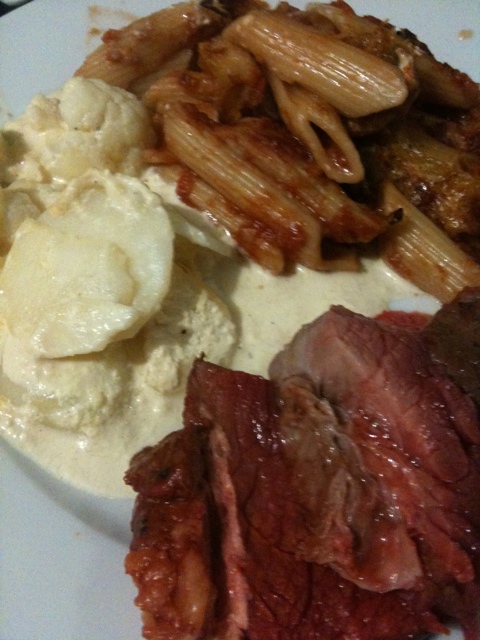 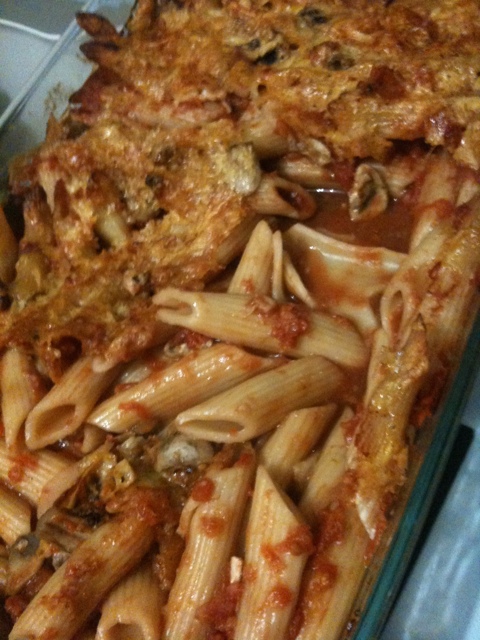 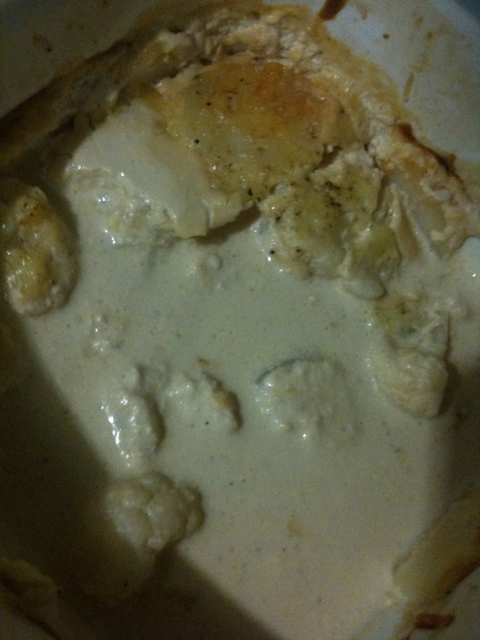