After a hard day watching series 1 of Mad Men, dinner had to be easy. So I adapted my own recipe.

The chicken was coated in flour and lemon pepper, and then fried in hot oil.
Once the chicken was browned, a pint glass of chicken stock was poured over to bubble away.
Then an egg yolk and the juice of 3 small lemons was added.

The chicken was then poured over two packages of Mie Goreng noodles which had some frozen carrots, corn, broccoli, and cauliflower, in it.

Followed by some strawberry ice cream (with milo sprinkles), and a diamond fizz (because all I had to mix gin with was sparkling, apparently that’s a thing).

Apologies for the bad photos, I was hungry. 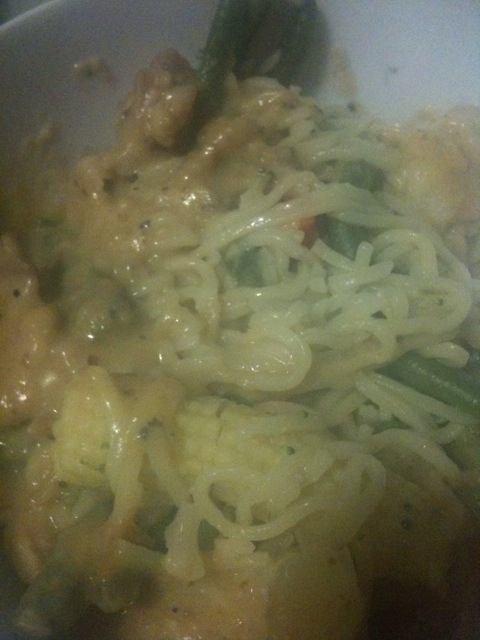