I had the weekend to myself. Yay!

It’s not very often I do, but as the Mister went on a fishing trip (I love fishing trips) and it was a successful one so he was away for two nights.
Sure it means sleeping alone (being able to hog the bed), and fending for myself (fruit loops for dinner), but it’s nice to have some space too. (I’m trying to make out like I missed him – which I did).

So I cleaned the house and twirled around in new, pretty dresses.
I watched series 2 (including the Christmas episode) of Downton Abbey.
It wasn’t as well paced as series 1, but still enjoyable. I was actually surprised at how much I enjoyed it.
I previously boycotted it, as I didn’t like the way it was being promoted on Australian Commercial Television, but after hearing so many good things on I decided I needed to give it a shot.
I watched everything I could in 3 days. Completely addicted. I grew so emotionally invested, in such a short space of time. I loved to hate O’Brien and Thomas, mourned for Daisy and William, and loved the spunk of Lady Sybil.

Alone time also means Mad Men. I rewatched series 4 (just because I could), as I got dressed up to go to my little brother’s graduation. 3 hours of clapping, but I am very proud that he found something he wanted to study and stuck with it long enough to get a degree (and I’m not saying that because he doesn’t stick with things, because he does. I just believe that’s a massive achievement).

I went shopping and bought some pretty dresses and new tights. Turns out not many places stock tights when its 35 degrees outside. But Myer had a 30% sale, so I stocked up (bright red! love hearts! roses!)

So all in all it was a lovely weekend to myself. And I am definitely glad of a relaxing weekend after the madness that has been the last few months. But it’s about to get hectic again soon.
I’m looking forward to Australia Day this week (4 day weekend). And the lovely Miss Stina is doing a guest post for me! (excitement!)
And then it’s a gig every week in February.
Excitement all round!

Hope you all had a good weekend – get up to much?? 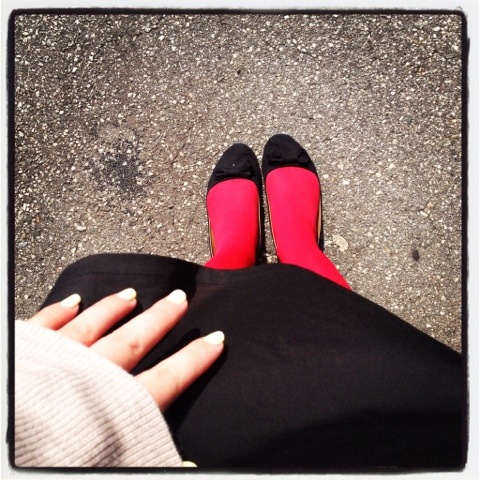 Apricot chicken with rice, the way mum made it.
Out of a packet.

Chicken drumsticks, coated in apricot chicken mix, apricot nectar, and put in the oven until slightly burnt (exactly the way I remember).
Then served with white rice. 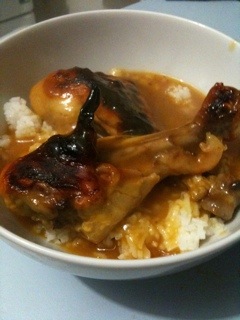 With a couple of stops for beer.

I’m currently knitting a pair of socks out of Moda Vera Noir.
It’s my first pair of socks and it’s probably going to be a pair of three.
The first one didn’t turn out too well – but the second one is coming along better.

Ravelry is awesome. these are basic ribbed socks although for whatever reason, it’s downloaded as Kate’s Training Sock in iBooks. 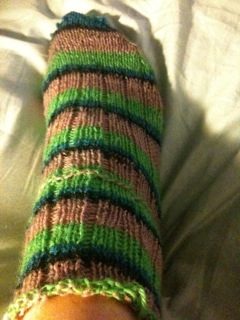 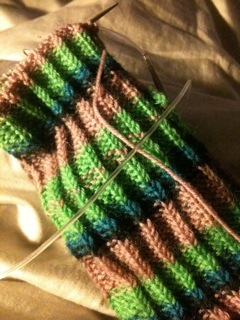