Todays topic – It’s the annual challenge to blog in a way different to how you normally blog.

I asked MacStabby (of Crafternoon nap fame) to do an interview.
It quickly descended into chaos and was the most fun I’ve had at 8am on a Saturday morning (7pm her time) in a very long time. Portions of this conversation have been redacted so that we still appear like sane and rational adults.

MacStabby is a multicrafter and makes amazing quilts and dresses. She also embroiders and does cross stitch, and finds time to knit as well as doing her Medical Residency!

I’m in bold and MacStabby is in italics.

So what up my knitta???
lololol
So, truthfully, I’ve been pretty shit at knitting this year.
Like, amount-wise.
so hopefully this won’t be a tremendous waste of your time

You’re a multi-crafter and I’ve recently seen some pretty awesome quilts / dresses on your blog so far. But you still qualify as a knitter in my eyes. Is there anything on your needles at the moment?
Yes, actually! I needed to restart my Miette cardigan a couple of months ago.
After I got a new ipod touch, I lost my progress with my knit counter, and couldn’t remember where I was. Had to start ALLLLLL over.
Oh no! that’s awful. Aren’t knit counters the best though?
I swear before I started knitting I had no idea how difficult counting could be.
Seriously the best. I suck at remembering things unless they’re written down, and this is MUCH easier than that. I don’t even have to put down my needles to do it.
I’ve just looked up that pattern on Ravelry – and it’s soo pretty I’ve immediately added it to my favourites. What yarn and what colour are you making it in?
Hmmm let me try to remember….It’s just some cheapish wool yarn I got a Joann Fabrics- probably lion brand wool-ease? It’s a peacock color.
oh fudge it I’ll just see if I have the wrapper left on any of my stuff
……
well I was WAY off. It’s paton’s classic wool in peacock.
so sort of close I guess.
See you say peacock and i’ll I can think of is Kenneth from 30 Rock in the NBC peacock underpants – I’m assuming you mean a deep purply colour? I generally cover my eyes when I see birds.
I’m actually super jealous of how awesome you are at knitting and how MUCH you get done.
lol no it’s like a blue-green-teal thing. It’s actually still on Rav because I’m just doing the same thing I started before.
I can see Kenneth wearing purple or teal underpants though

Then we came across this and got slightly distracted. 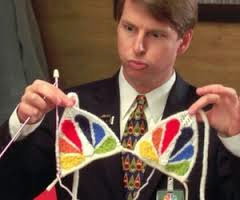 OMG WE NEED THOSE

I think that’s the pattern for my first ever knit-along!!!
ohhh love it. we’ll have to use sequins
I’ve never knitted with sequins before…. could be a challenge
yeah me neither. I bet it can be done though
Can you actually knit with sequins?!
I dunno- you can with beads. I imagine it’s similar?

We then got even more off topic but ended up talking about television.

Do you find that you notice the knitting and knitwear in television shows?
Sweaters more than anything. Like, when you said on your blog you noticed Liz Lemon’s knit hats, I was like “Why haven’t I ever noticed these before?” Although I do tend to notice scarves.
Surprising that it’s sweaters I notice, when I’d probably actually be better at knitting scarves/hats because they’re smaller.
I knit a sweater once for Husband – he never wore it. Frowny face.
But you weren’t struck by the boyfriend sweater curse so I’d say that’s a win. I’ve knitted socks for HWF and he never wears them.
Yes! I knitted it before we were married.I think I finished it after we were engaged though.
Ugh, I’d never knit socks for someone else. I’f I’m going to put in all that work it’s going to be FOR ME
he has huge feet too – and I made them on really tiny needles. Never. Again! He doesn’t deserve them.
What made you start knitting in the first place?
Hm. I tried to learn from my friend Kelly in college. I have a cousin who’d sent me a care package with some little things in it, among them needles and yarn that used to be my grandmothers.
So I knew Kelly knitted, so I asked her to teach me. It was a disaster.
However, I have a very crafty mother-in-law. When she tried to teach me, it actually stuck! So from then on I’ve been knitting in fits and starts.
Crafty ladies are everywhere! Can you remember the first thing you ever finished?
Actually, I think it was a crocheted hat (kelly managed to teach me to do that alright haha)
As far as knitting- a scarf for myself. I knit it during my sophomore year of college during winter break during some rough times.
I knitted and watched the Highlander tv series on DVD for HOURS.
My knitting has watched A LOT of television with me. Do you remember which items have watched which tv shows? Or is that just me.
I think that one in particular stuck with me because of what I was going through and the pure amount I watched. otherwise it takes me so long to make anything that I’ve watched buckets of different stuff throughout.
particularly as you said you prefer to make larger items – i think it’s probably a bit easier to remember the smaller items
You know, I’ve found it doesn’t really matter haha. I’m just slowwwww
Although I suppose my two christmas stockings went pretty quickly, relatively speaking.
I’m looking at them at the moment and they are amazing!!! I haven’t tried colourwork yet, mostly because it scares me. What do you like most about knitting? Particularly as a multi crafter, what makes you choose one craft over another?
Thanks. I was pleased they turned out ok, particularly as the first was for Hubs!
Colorwork is fun for me as long as I’m only doing two colors per row- I’m not so adventurous that I’m ready for more than that haha
What I find gets me choosing one over another is all mood- do I feel like spending the time in my crafty room (now that I’ve got one) listening to podcasts and sewing away, or do I feel like being more social, hanging with my hubs in front of my tv.
Sewing I also do more when Hubs is busy doing stuff in the basement or in the yard. I knit or cross-stitch when we’re chilling in the evenings.

Sounds pretty sweet! isn’t it awesome having a crafty room?
It’s really been amazing.
Since we bought the house, we’ve definitely have more space to live in than ever before. Starting my new job was rough last August, and Hubs was AMAZING in that he decided the first project to do was going to be my crafty room, so I’d have a place to relax.
He’s the shiz.
It’s just nice to be able to have everything all in one place, with my machines and cutting table and ironing board and not have to do any tear-down and set-up each time I want to do something.
I’m really lucky!

Yes yes I know that feeling! Space is so important. Your hubs sounds like an awesome dude.
I’m so out of questions now…. anything you want to add???
Um. Thanks for wanting to interview me for your blog- I’m sorry I’m not more knitterly. 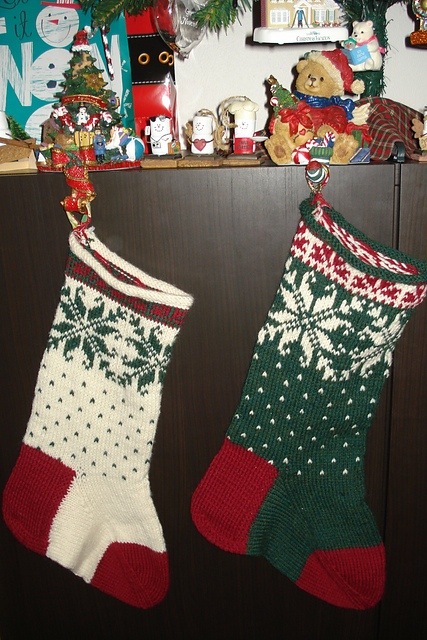 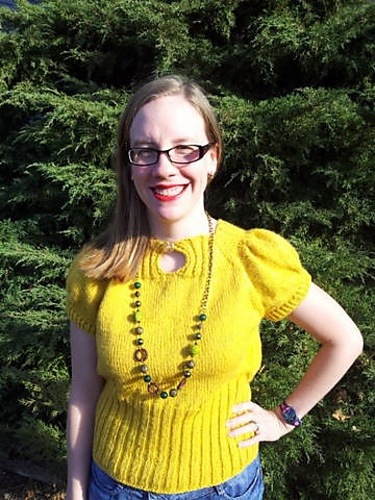 Thanks MacStabby for the awesome chat!