Was not quite as much of a success.

We had one meal following the recipe given to the letter, one meal which we used as guidelines and one which we didn’t make at all.

The curried chicken drumsticks with slaw weren’t all bad (although they left us with quite grubby fingers).
And you can’t go wrong with sausages and mash. However the ‘salad’ which was meant to accompany it I made only for myself, and didn’t eat half of it. The ingredients list was ok, (chick peas, olives, sundried tomatos, olive oil) but it was really bland.

So it’s back to preparing my own meal plans.
I think this would be something I would do if I had a week to myself.
But with ‘the gout list’ being followed a bit more stringently at the moment, it’s probably not the right timing. 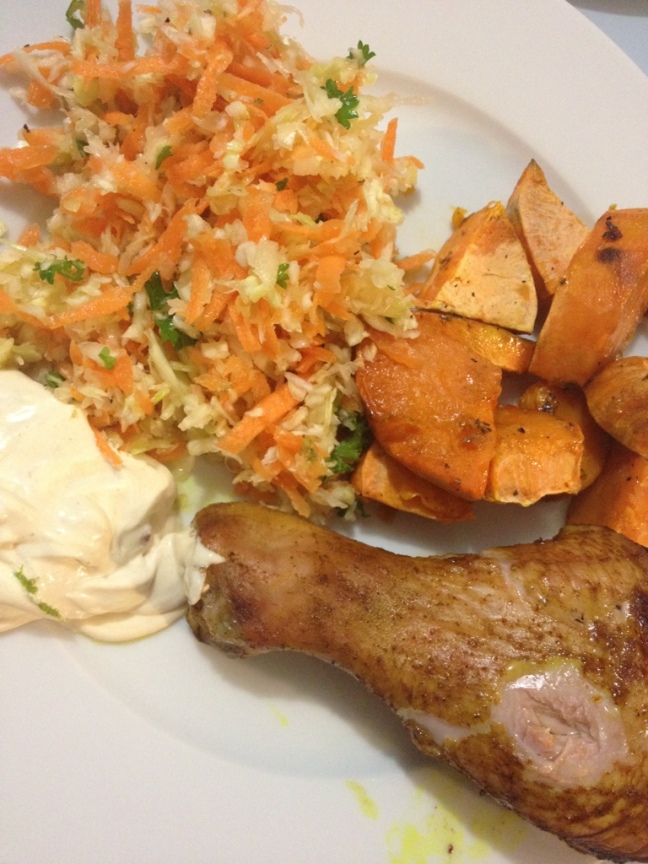