We live in a small apartment. We do the best we can and manage to pack a lot in. We also manage a pretty nice garden which I’m looking forward to eating the spoils of quite soon (we bought strawberries on the weekend!). But it’s definitely too small for any dog or cat. People often suggest birds, but I have a bit of a bird phobia. Certainly the Weiro the Mr wants is out of the question. I could possibly handle something small and fluffy, but not a bird that talks and has definitely eye poking ability.

We have an aquarium shop just down the road from us, and so on Saturday we went down to have a look.
The idea was just to get an idea of prices and sizes but when I saw these two little guys I just knew we had to have them.

So say hello to our new pets!!! They haven’t got names yet, but for now they’re Mr and Mrs Pinchie (or Mr and Mr, we respect their life choices).

Aren’t they just the cutest!

They’re native to WA, blue yabbies.
We have some Pygmy Perch on order to keep them company too, but they have to come from the south west (again WA native fish).

We put them to bed at night (play god switching the white light to a blue light), and even though they’re not the sort of pet you can snuggle with, they’re still part of the family.
Now they just need actual names. 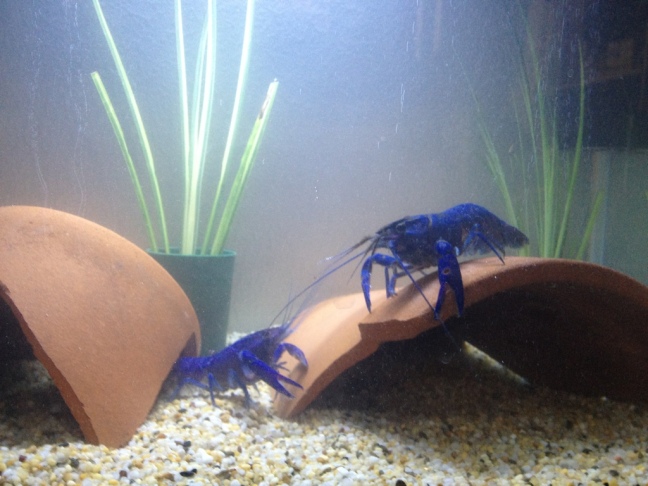 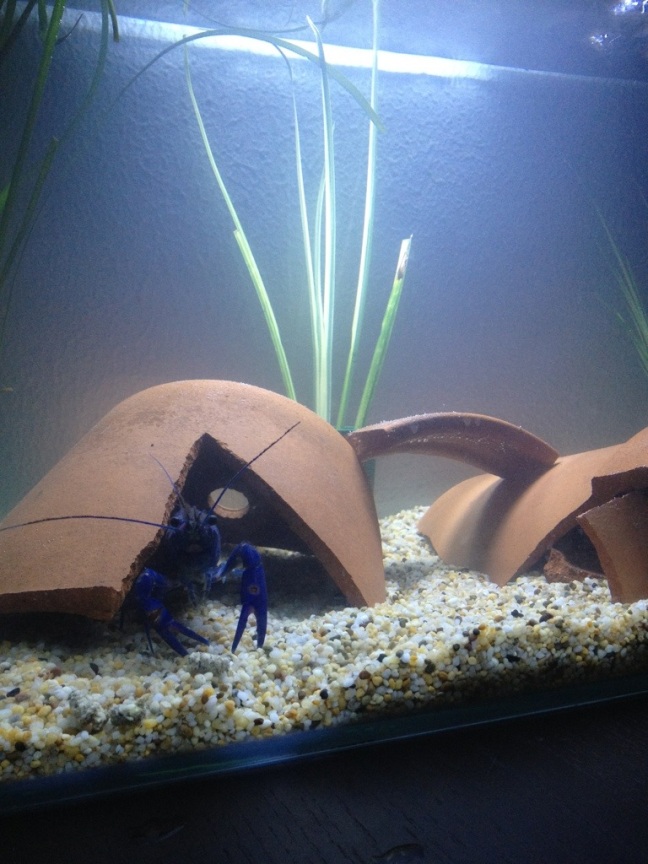