I may not be much of a gardener or any of one, but I do appreciate our garden (and the hard work Hewhofishes puts into it). I particularly enjoy the edible parts of it.
We’ve eaten a few home grown radishes this year, but these two just keep on growing. We’re not sure if they’re going to be tasty so we’re just letting them keep growing. We want to see how big they get!

I cooked up some pasta the other night with sauce straight out of the jar, but I leant out of the window and added some fresh bok choy and parsley and it turned into something extra yummy.
The plan is for two more window boxes along that side of the house. I keep giving HWFs not so subtle hints that I want him to grow spinach. Spinach is on the gout list so he won’t be able to enjoy it, but I will. Isn’t that what love’s about? Growing vegies you shouldn’t eat for the lady that you love?

Ignoring the compost bin, this is an avocado tree. Another food that HWFs doesn’t like, but this one came with the house so no special effort required. I don’t think I’ve ever seen an avocado on a tree so I’m looking forward to that. 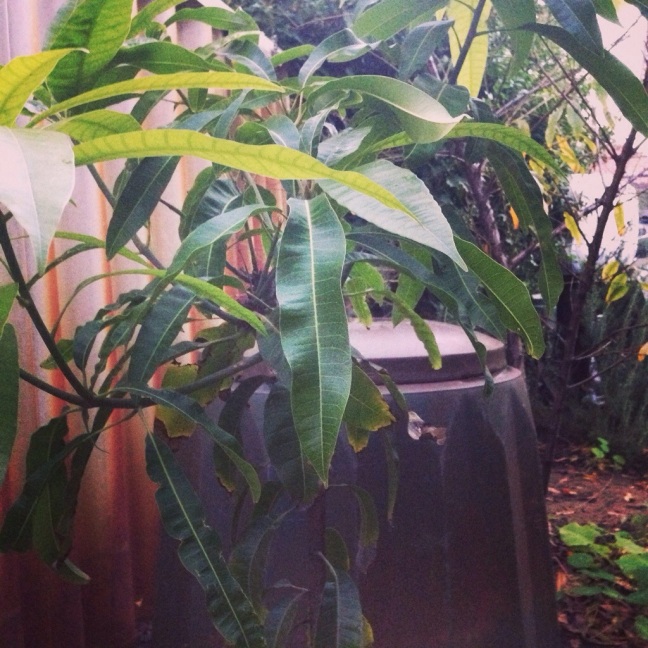 The oranges that I was looking forward to making marmalade didn’t quite work out as planned. We only got about 4 off the tree which were edible, the rest had squishy parts which turned scaley after a while. Still we learn when things go wrong so there will be more potash in the soil next year, and if that fails a call into the gardening show on talk back radio. 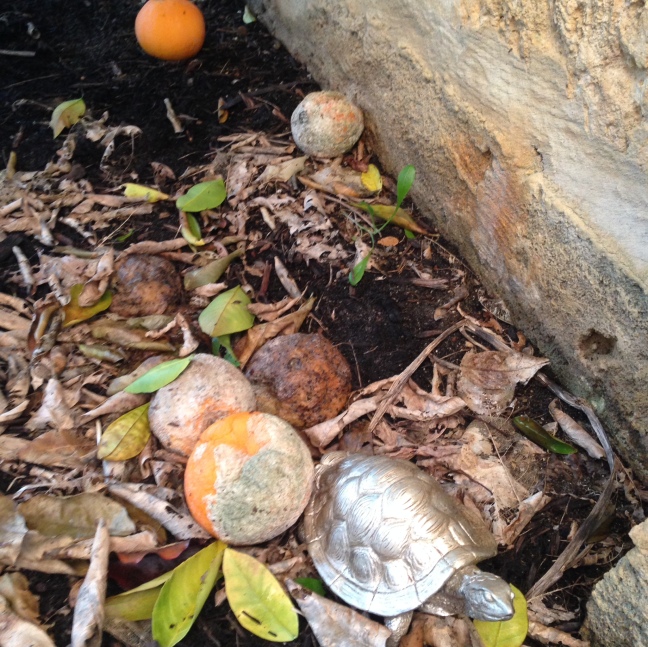 There may have also been a slight incident involving the brand new greenhouse. The day after planting seeds into those little tiny pot thingies, there was a bit of a storm and the wind knocked it over. Poor greenhouse.

The pea hay that mulched the tomatoes sprouted some peas. So they were rescued and planted into their own pot. Surprise peas!

Of course there are some pretty things too. What sort of garden doesn’t have flowers. 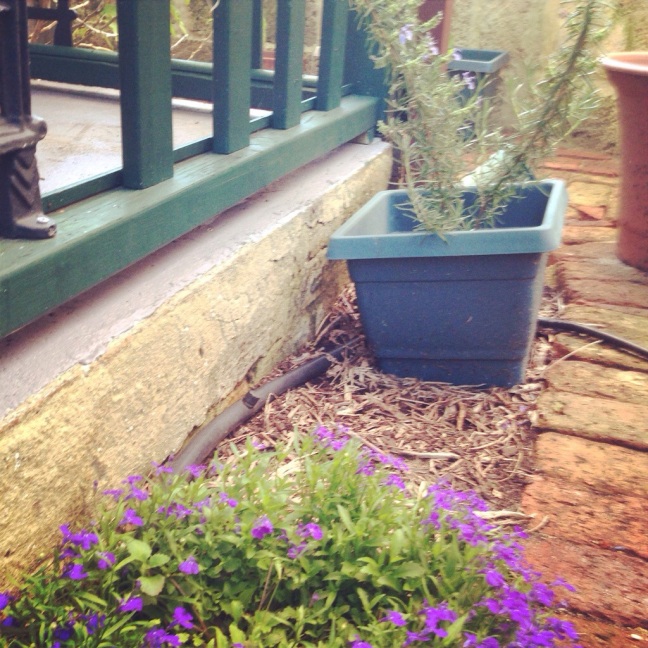 So even though it is smack bang in the middle of winter and most trees have lost their leaves, there is still a little growth happening.
I just need a old rocking chair.

(and that’s your blooming lot for the week)

5 thoughts on “Give me a home among the gum trees”