The keenest of observers would have noticed I had bleach white hair on the day that my Golden Skein delivery arrived. 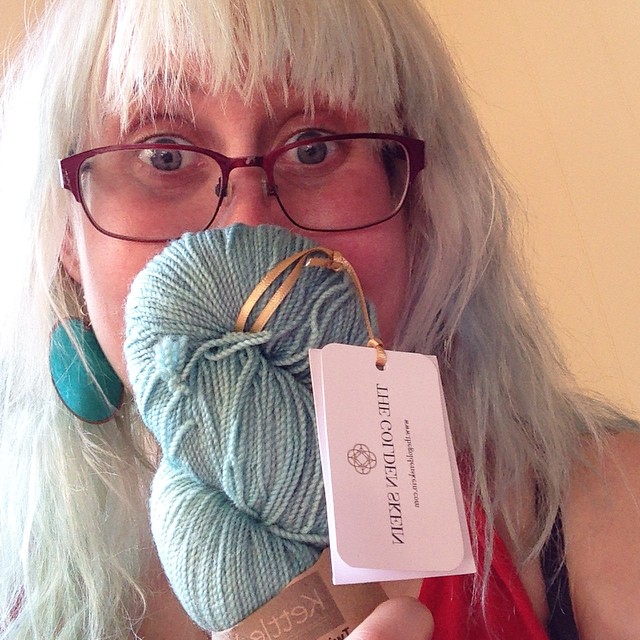 And my hair was bright pink and purple when my yarn from Ms Gusset arrived. 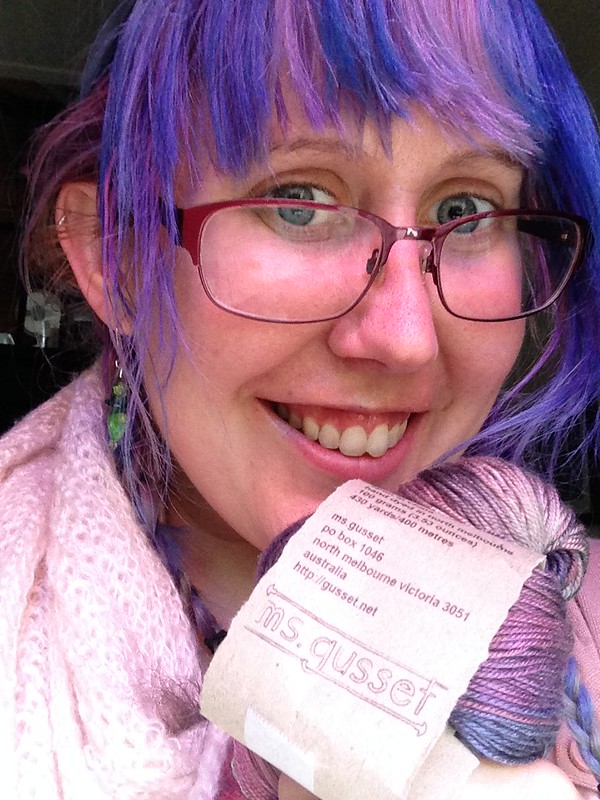 And then all of a sudden it changed to teal. I don’t actually have any teal yarn due to arrive any time soon (I don’t think so anyway – I haven’t made too many odd codeine related purchases).
It’s football related.

There were two live football games which I went to, both against a purple team. The second one was a knock-out final so there was a race against time to remove any trace of purple!

I also promised a friend that I would dye her hair teal just for the finals. So naturally at the pre-game function I became Beks the hair dresser and with the leftovers from the bottle I put streaks in two strangers hair and a beard. 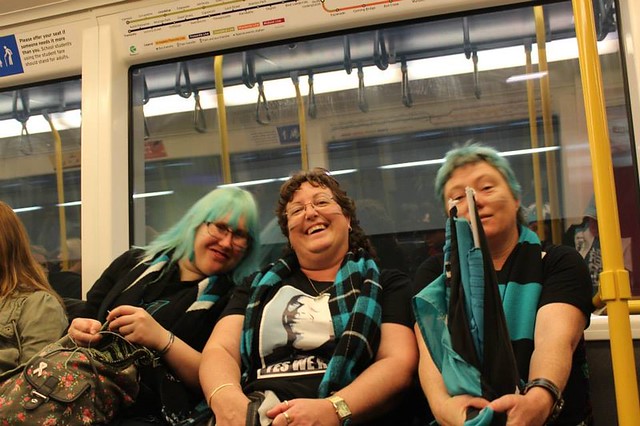 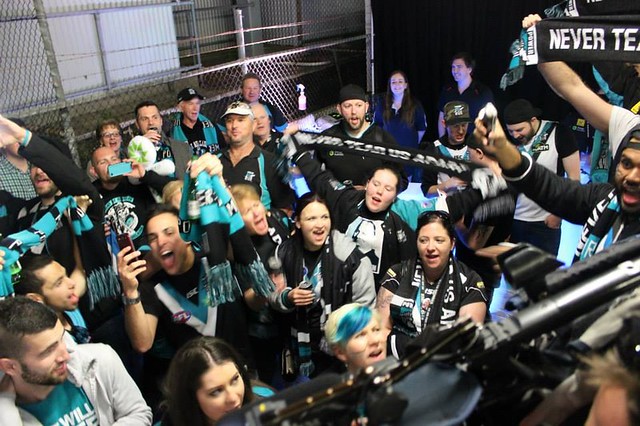 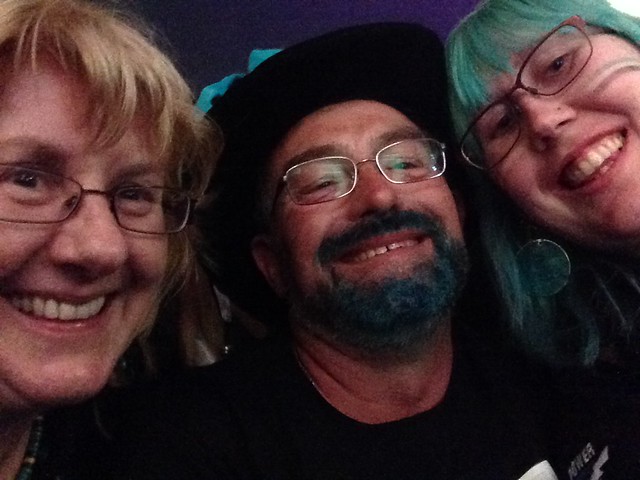 Other than football watching and taking yarn selfies I also participated in my first Ravelry swap.
I sent a package of yarn and yarn related goodies to a randomly (but carefully) selected swapper, and in return I received a package from another swapper. 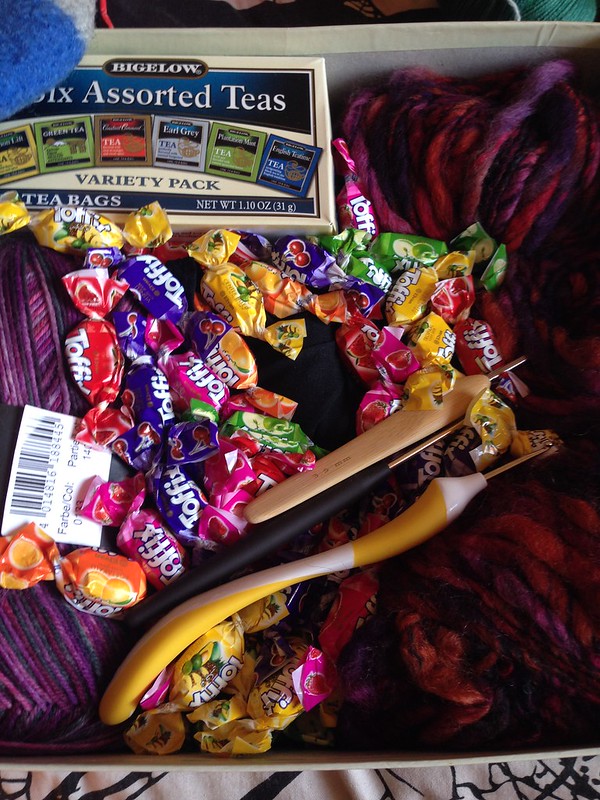 It was so much fun seeing all the awesome mail that was being sent all around the world. Since ravelry has been available through my work computer I have been spending some of my lunch breaks and sanity breaks in the forums. I’m still not sure that this is good or bad for productivity.
On one side looking at pretty yarn and pretty patterns and chatting with other ravelers about life the universe and knitting is a very good stress reliever and a good way to break up the day.
On the other side I’m not keeping up with my blog reading. A month ago I would have said that it’s also dangerous and I’ll waste too much time, but I’m barely getting a lunch break let alone wasting time. That’s when I’m at work and haven’t been deemed unfit by my doc.

Health wise this year has been rather shit. Fortunately I have the best GP who, as well as being a very thorough, qualified doctor with 4 daughters worth of personal experience, is a knitter and so every time I go and see her we have a quick chat about knitting before getting down to the medical stuff. 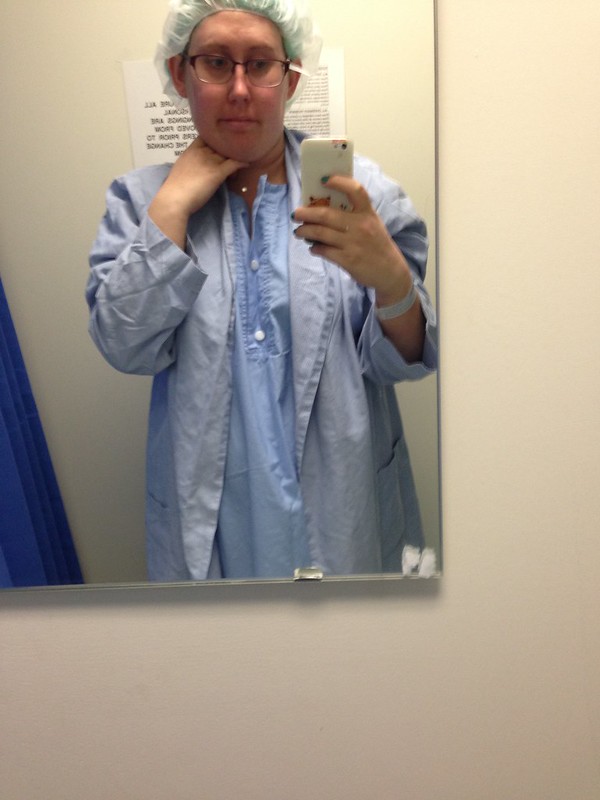 Still I’m feeling like a walking pharmacy, people sticking needles in my neck, the awful and not at all attractive hospital gowns, and quite frankly am sick of talking/whinging about it.

Although it has been a good excuse to go into Typo to buy a new neck support cushion. And while I was there I may have slipped and bought a cat purse, some chalkboard paint, a pompom maker, and an envelope template.
I was also sorely tempted by their Knit Your Own Cat Kit – even though I already have all of the supplies in the kit and have already knitted my own cat. That’s just what typo does to me.

Other achievements from September have included listening to 44 episodes of Welcome to Nightvale, completing 84% of Swordigo, and purchasing a giant Eeyore pillow pet. 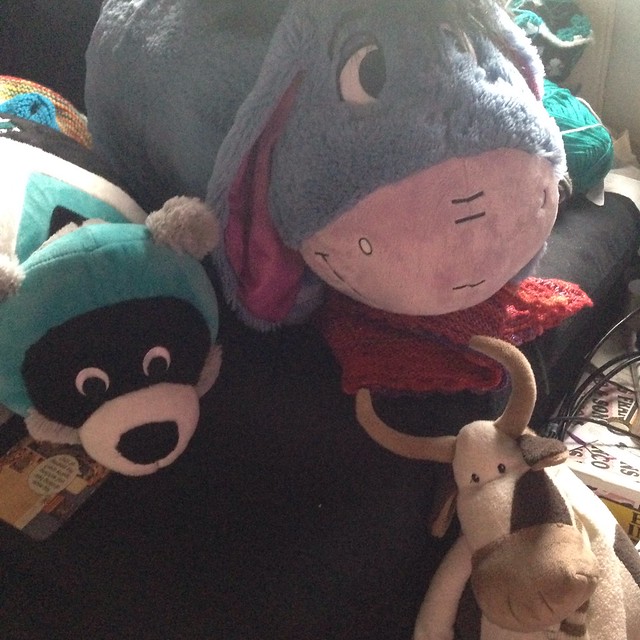 Oh plus my parents bought a house, sold a house, moved house, Mum got older, the Boyfriend got older, we spent a long weekend in Bunbury with his family, I figured out how to make anklets, I sent off some surprise care parcels & postcards and got a surprise one in return, and you know did some knitting as well. Phew! I think I need a nap.