Ive finished my 10 stitch blanket. I know I was saying a couple of weeks ago it will probably take me a few more years to finish but it’s done.

The secret? Make it smaller.

Now this isn’t just pure laziness. The idea came to me when I was cold at the office. I am always cold. I do have a heater, but I don’t like using it all the time. So I was using a cardigan as a lap blanket and my wheely chair kept running over the sleeves. I started thinking about patterns and what I could quickly whip up when I remembered my 10 stitch blanket was just about big enough.

I worked on that steadily over the weekend and finished it. Just in time too. The circular needle broke with about 15 rows to go.

I also made a video about it. Particularly how I do the corners. It’s a bit different to how the pattern says but I think it’s easier. Special thanks has to go to HeWhoFishes for being a lighting and camera man. I couldn’t have got the close up shots of my hands without him. Also as a non-knitter he said he understood what I was doing, so I think I did an alright job of explaining myself.

Making a tutorial was one of the goals I set myself for 2013, but I never imagined I would film a video.

To finish off the blanket I added a simple crochet edge.
I’m really pleased with it. But I don’t think I’ll be making another one soon. And certainly not one in sock yarn! 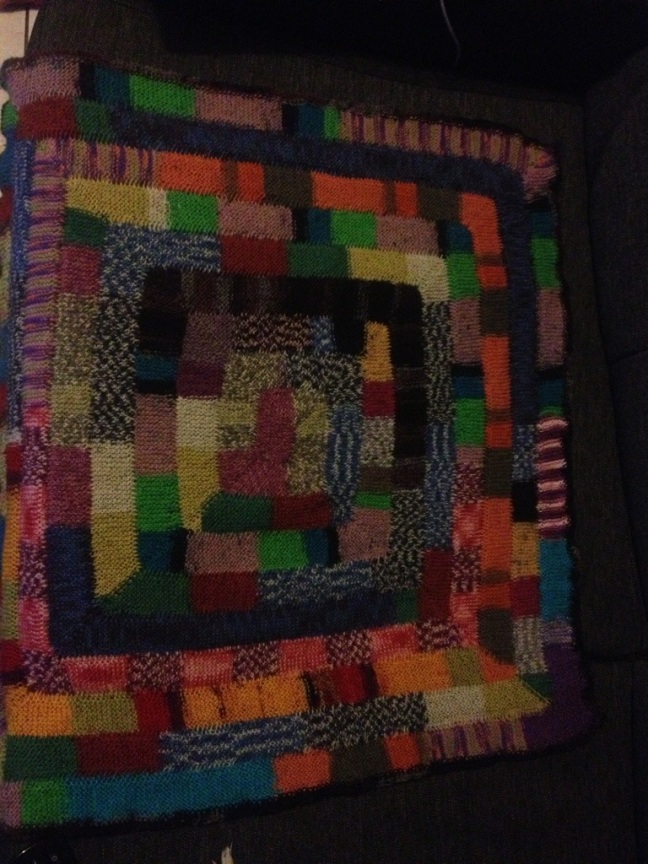 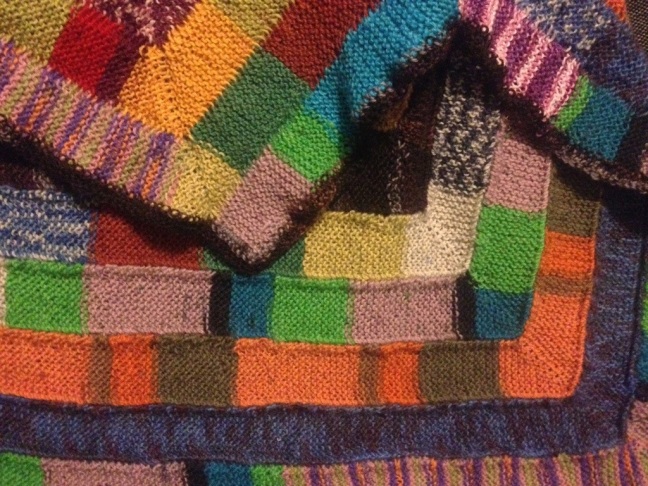