I’m thinking of starting a new thing.
Passion Pop Wednesday.
A bit like Champagne Thursday – for any one who has watched Failure to Launch.
I think it might catch on.

When i bought it at the liquor store, the guy behind the counter asked if that swill was for me, at least it matched my hair.
It doesn’t have a good reputation. But i kinda don’t care. I like it, and i think it’s yummy.

So passion pop wednesdays from now on.
Just the way to break up a monotonous week.

oh and we had steak with mushroom sauce, and risoni salad.

The steak was cooked by my boyfriend the steak master.
The mushroom sauce was mushrooms and gravox.
And the risoni salad, was risoni, frozen vegetables, frozen prawns, parsley, and philadelphia cheese all mixed together.
Simple and easy. 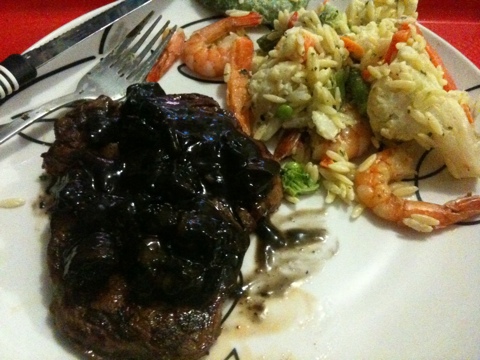 One thought on “Passion Pop Wednesday”