I still have my home economics recipe book from high school.

I could have thrown in out a long time ago but I haven’t. Mostly because it’s still useful, not the recipes so much as the quantities. They’re perfect when cooking for two.

The last time I was at J’s parents place they sent us back with a bag full of lemons.
Brain storming recipes to use up these lemons I had a massive craving for lemon butter.

J had never had lemon butter, but my nan used to make it all the time when she lived on a farm, so it has wonderful memories for me.

We used to go up to the farm in the holidays. It was a wonderful place to grow up, slide down the sheep shearing ‘slides’, run around, and be kids.

But the food was always wonderful. Mostly because it was cooked in a really old wood stoked oven, and because Mum wasn’t cooking.

Great-Nan’s specialty is still Christmas pudding, but she won’t give anyone the recipe. Mostly because there is none! Her style of cooking was influenced by the depression and war time and making ends meet. All part and parcel of being a farmers wife in the wheat belt. And I aspire to be more of that kind of cook. Making sure that nothing goes to waste.

One of the great things about the farm was always the home-made delicacies that we would come home with. I can remember standing on a stool next to the old stove while Nan made jam. Being told off for standing too close and wanting to dip my finger in the (very hot) mixture.

So she used to make preserves and butters to use up the stocks of fruit that would be produced.
And so when lemons were in season, there would be lemon butter.

It’s a very easy recipe. And J loves it. He had an idea that it would be very tart and lemony, but the sugar and the butter really mellow out the tartness.
I’ve now seen him spread it on crumpets, toast, as well as when I make scones.

It might just be making it into a few Christmas stockings this year. 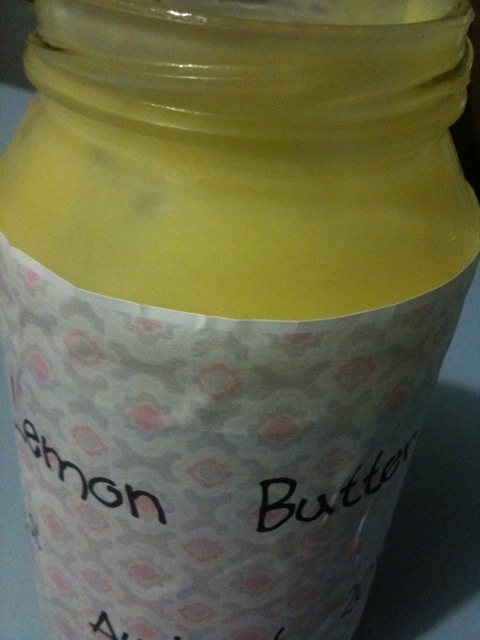 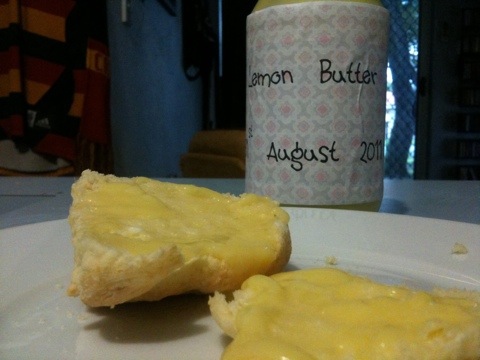 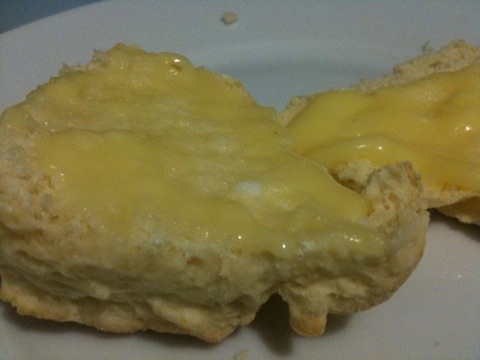 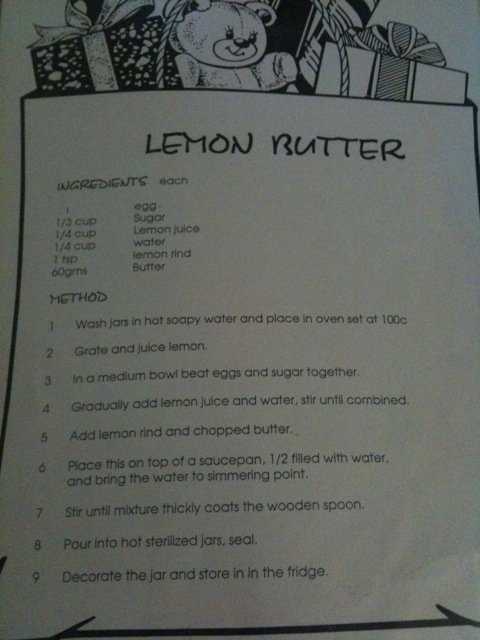 2 thoughts on “Scones and lemon butter”