They weren’t great seats, but they were free. It helps knowing people, well the best friend knows people.

I’m not a massive fan of Def Leppard, it’s not really my taste, but my bestie comes to so many gigs where she doesn’t know the bands that I want to go with her to see her bands.

I saw Def Leppard when they were here a couple of years ago, Cheap Trick supported them and were awesome.

This time Heart were the support act and they were fricken awesome too.
The lungs and the voice blew me away.

We arrived just as they were playing Led Zeppelin – Rock and Roll which she belted. And then belted everything else.

The pianist had awesome pigtails, and on their first trip to Perth it looked like they were having a ball.
They spoilt the locals with a cover of John Farnham’s You’re The Voice, and played the one song I knew Barracuda.

But they were an absolute pleasure to listen to.

Def Leppard were also there to rock.
Crowd pleasers such as Love Bites, Let’s get Rocked, and Pour Some Sugar almost got Perth out of their seats. Why we don’t stand up at concerts is beyond me.

And why Pour Some Sugar wasn’t the last song confuses me as well.

But it was a balmy night, with some rock and roll. 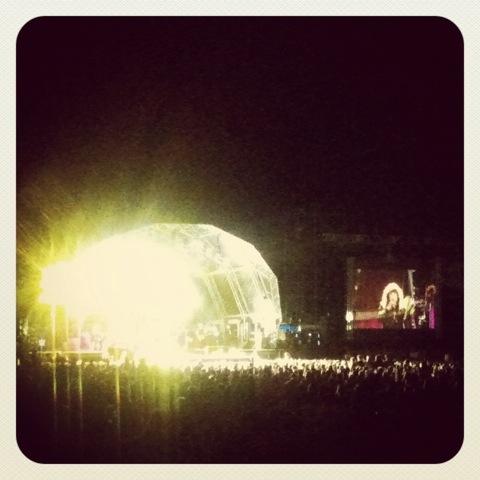