Oksoamy drew an awesome illustration for the children’s book that Manny and Bernard write one episode.

This is the finished embroidery.

I’m ticking off 2 items in my 13 in 2013 checklist. I spent the weekend making cushions.

My previous cushions I made are looking a little worse for wear. One got lost in the great cheese fight of Superbowl 2013, the other has been used as a pillow one too many times and as the closure wasn’t exactly stable it now looks like the cushion is escaping from the cover.
I’m hoping an invisible seam will fix the design flaw in my first two. (I used the tutorial on fern and freckle which was invaluable)
Once again I used quilting flats fabric. Not only are they already roughly the right size for a cushion, but they come in so many pretty designs and you don’t need to finding someone to assist you with cutting from a roll. They are really moreish aswell.

I have a notebook that’s getting quite full of sayings/quotes/lyrics that I want to embroider , but choosing which one is still the most difficult part.
This time I chose a quote from Black Books, and a lyric from Neutral Milk Hotel. 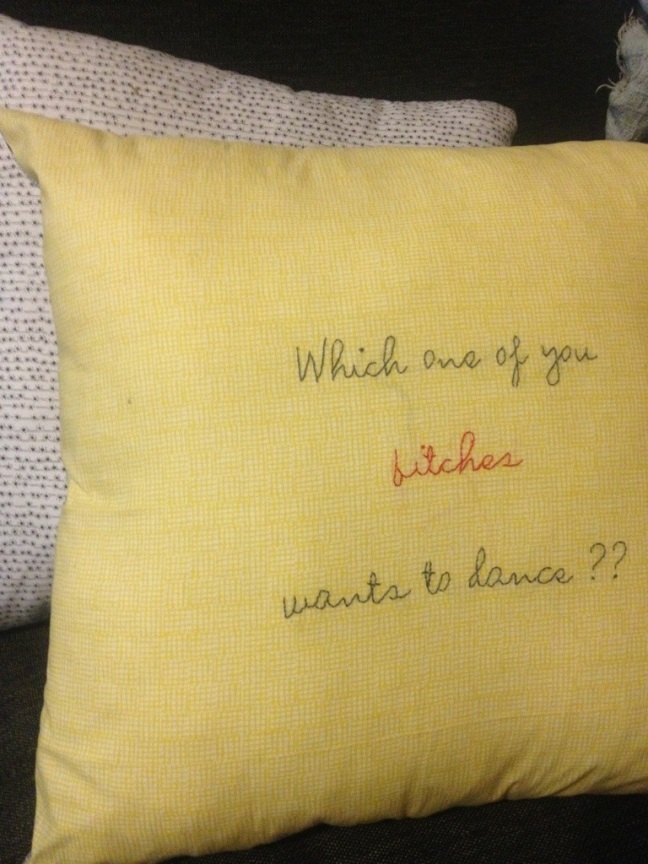 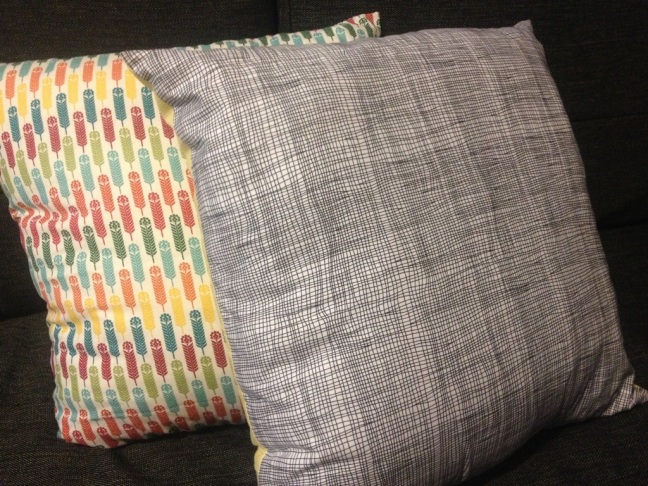