I wish urbanspoon had an undecided rating. This would definitely be the verdict on The Lounge Room.
The inside was so pretty but the food was decidedly average.

I woke up this morning and wanted pancakes.

When the Mister said ‘Do you want to go to Guildford and go antiquing’ I jumped at the chance.
And we headed along to get a late breakfast. The first place to have pancakes on the menu was ‘The Lounge Room’.
The wind machine was on full blast, but we sat down in the comfy surrounds. The details were gorgeous. Butterfly shaped mirrors adorned picture frames and hand written messages of love were scribbled on the walls.
The background music was triple j circa 2005 which suited me just fine.

I ordered my pancakes and Mr P-D&S ordered a big brekkie with mushrooms as an extra.

Unfortunately both meals came out cold.
The pancakes were light and fluffy, with the berry sauce delicious and sweet. But the fruit on the side seemed like a bit of an afterthought.

The Mister rated the big brekkie a 7. And he is an expert on big brekkies. There was no hashbrown which was disappointing. The scrambled eggs looked light and fluffy, but the bacon was rubbery and the bread was toasted past the point of no return. Even the mushrooms were too cold.

I think we’ll have to try again some other time and order something else. It deserves a second chance. 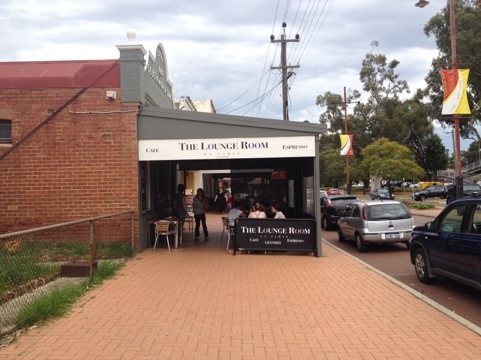 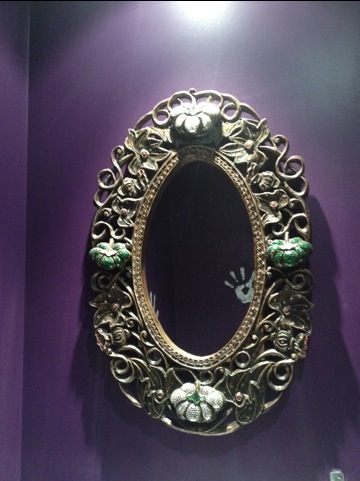 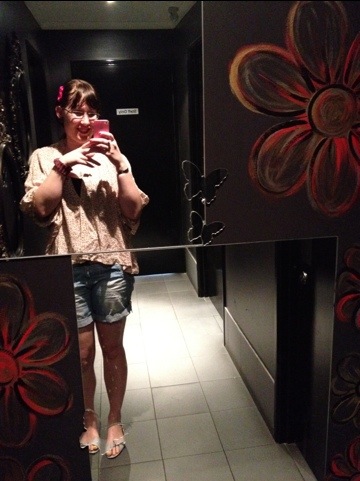 2 thoughts on “The Lounge Room – Guildford”